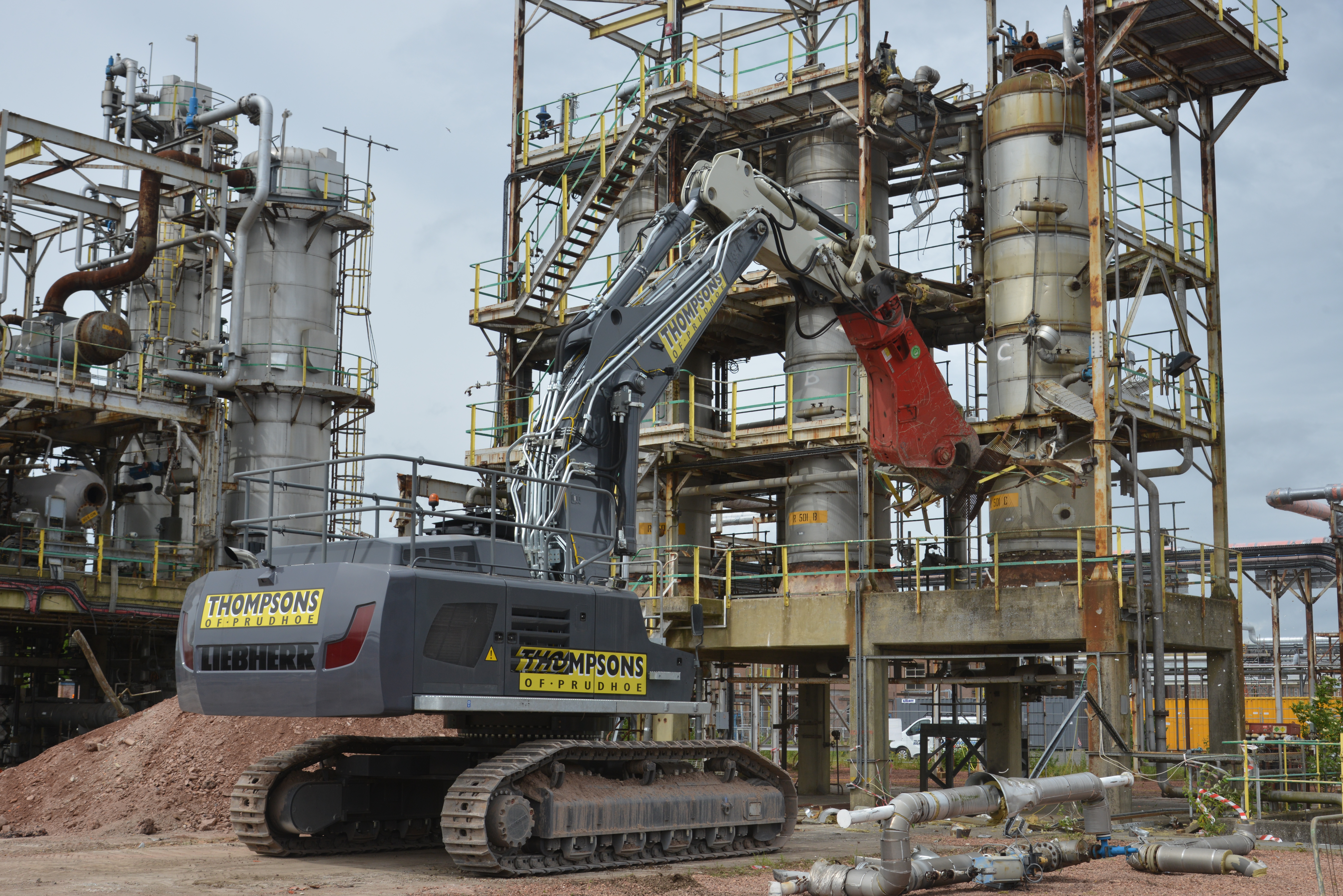 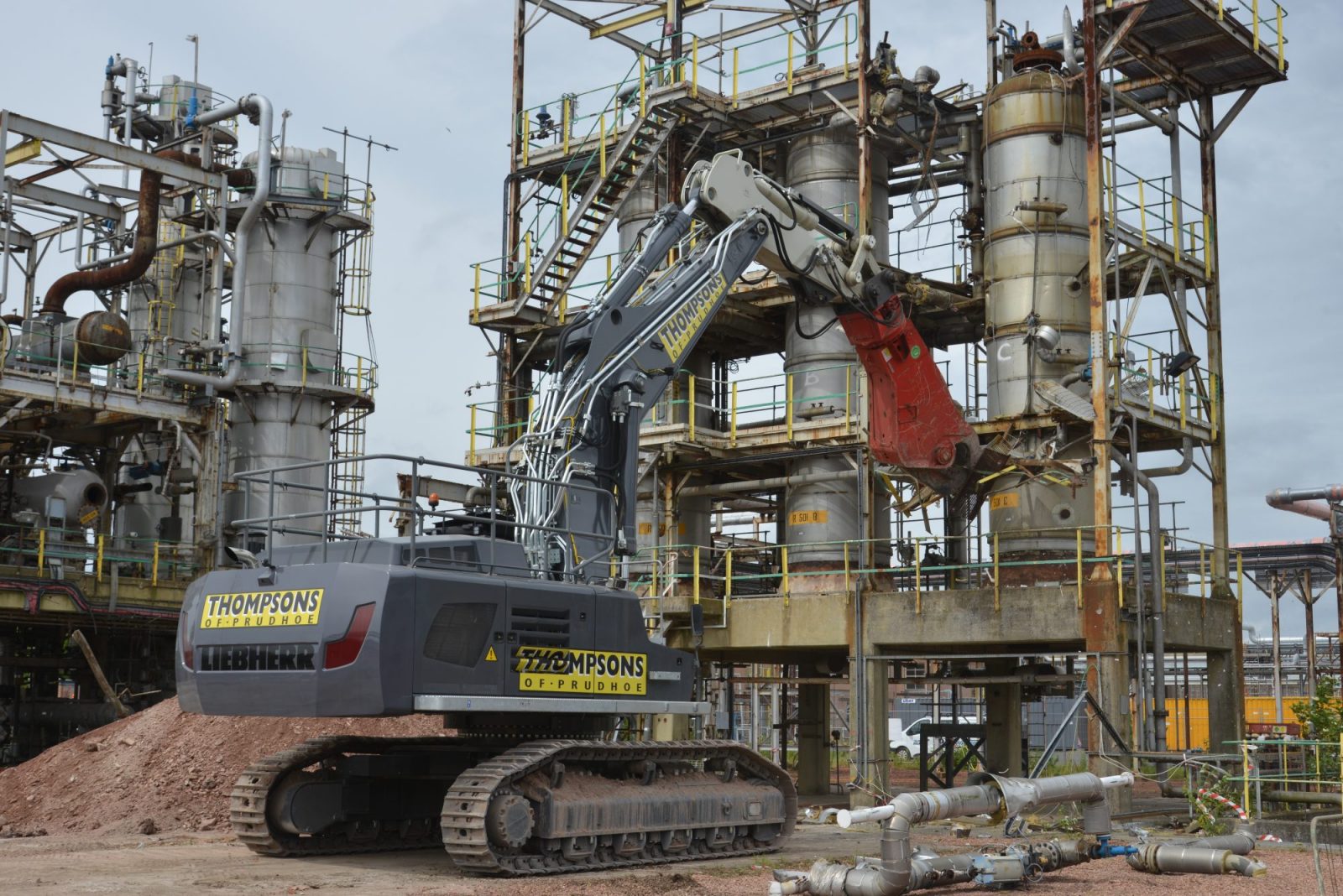 Thompsons were awarded the Contract in January 2017 to demolish a number of plot areas within the live INEOS refinery tier 1 COMAH site.

The Plot Areas were;

Prior to commencement of works the Client arranged for a UKAS approved surveyor to undertake a series of Pre-Demolition Asbestos Surveys of the structures within Plots 4 to 7.  The surveys indicated the presence of asbestos or asbestos containing materials. The asbestos was removed by our own directly employed labour, under our own Asbestos License.

An Environmental pre-clean of Pigeon Guano and the removal of residual chemicals from specific vessels, tanks, process plant & structures was also completed prior to the main demolition.

The initial Contract value was £2.5m, with the further negotiated phases valued at £2m.