by William (Bill) and Margaret (Madge) Thompson as a simple husband and wife partnership, the business began by hauling agricultural lime, manure, hay, straw and slag (a beneficial fertiliser by-product from steelworks).

Flat-bedded trucks were first used for hauling, with all loading and unloading being done by hand with shovels. In 1947, the first truck cost £494 17s 4d, whereby contrast a modern Thompson’s truck costs in excess of £120,000.

The ethos of hard work was embedded into Bill and Madge’s sons, Billy and John. They joined the business full-time as soon as they left school aged 17 and 15 years respectively and were soon driving wagons, spreaders and excavators.

Although Bill and Madge set up the business and gave it a firm footing, it was Billy and John Thompson who really drove the business through the 1960s, 1970s, 1980s and 1990s to expand from hauliers and suppliers of agricultural products, to a multi-million pound regional heavyweight.

John’s son, John Jnr., and his eldest daughter, Helen, joined the business when they left school in the 1980s, and today are Directors of the business with their father.

With a focus on safety, training and a passionate commitment to long-term local direct employment, rather than ‘hire and fire’, or use agency labour, the professional management team of family and non-family members at Thompsons have maintained its reputation for hard work, value and fairness developed by Billy and John. One of the biggest challenges the firm faced however, was in April 1999 when Billy Thompson died suddenly at the age of just 59.

John (now known as John Thompson Snr.) still plays an active role as Chairman of the Group, offering his huge wealth of experience and advice to John Thompson Jnr. and Helen Hillary (the third generation) who run the business with four other Directors who are long-standing, non-family, members of staff: John Burdon, Kevin Robson, Frank Hurst and Nick Shilling. 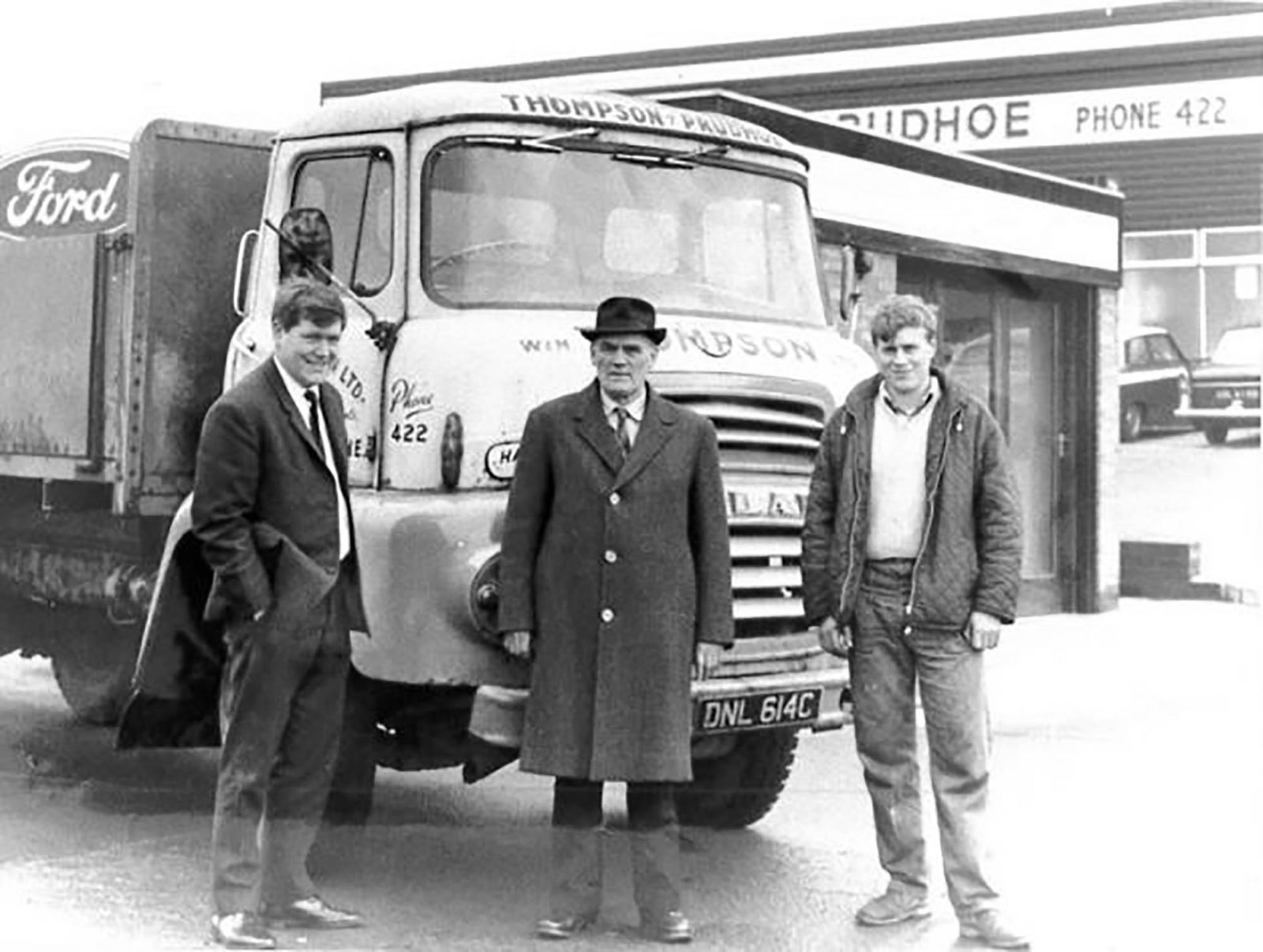