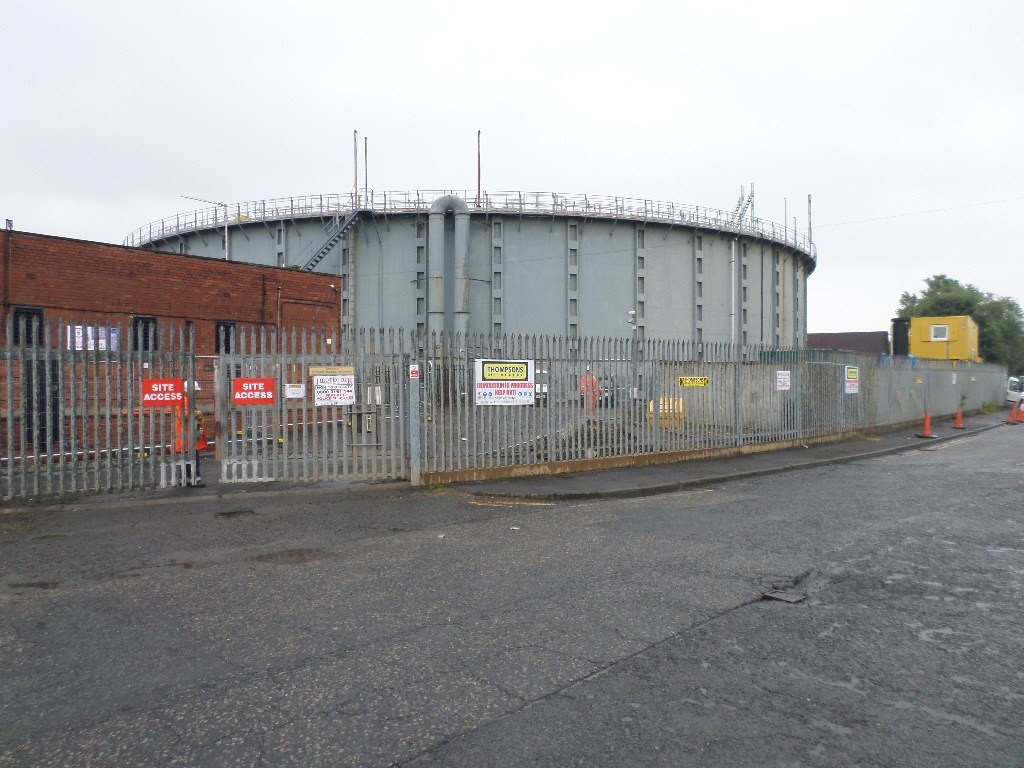 Thompsons were appointed by Northern Gas Networks (NGN) to undertake the demolition of the Jarrow Gas Holder, located on Curlew Road in Jarrow, Tyne & Wear.  The site was located within proximity to several sensitive stakeholders and with several constraints. Curlew Road ran to the south of the site, with commercial properties lining the land between this road and Priory Road. To the north the site bordered the River Tyne; to the east were open recreational areas, including a skate park; and to the west was the Cemex Jarrow Wharf and Recycling facility. There were nearby residential properties and the site was in close proximity to a local school.

The scope of works included the demolition and dismantling services and removal of the existing natural gas storage apparatus, comprising a spiral guided above-ground water sealed gasholder and equipment associated with gas storage equipment. The works excluded certain equipment such as boosters, their associated brick-built housing, and the incoming pipeline all of which had to be retained and protected during the demolition works.

The Gas Holder Station had been previously de-commissioned by NGN, and Thompsons had to work collaboratively with specialist cleaning and de-watering company chosen by NGN to isolate, inertly purge, de-water and clean the holder. The pipelines and governor remained operational at all times during the works, and therefore a ‘live’ gas hazard was present at all times.

The project was completed in time, to the complete satisfaction of the client and to reflect the level of performance excellence delivered on the whole project, the site achieved 43 marks out of 50 for its CCS compliance, earning NGN and the site not only a Gold Award at the 2018 Considerate Constructors Scheme Awards, but also the Runner-Up Award for Most Considerate Site in the UK for its category.