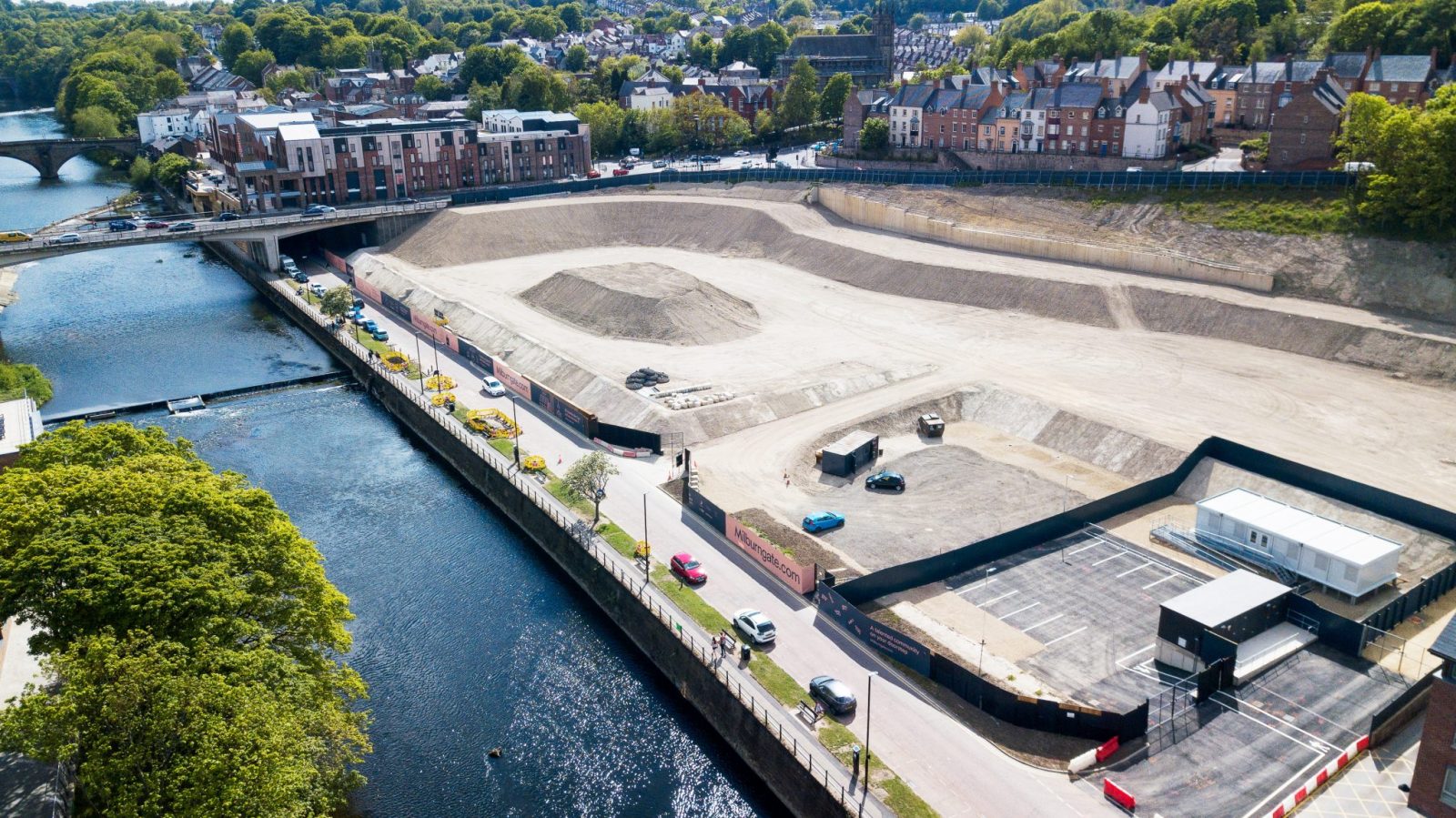 Milburngate House, was, up until 2016, used as an HM Government Passport Office. It included a basement in the northeast of the building (c.3m deep). The building was constructed in the 1960s on the site of an old gas works in the north and an old residential site in the south. It was situated right beside the busy city centre shopping area Durham and its immediate neighbour was a very popular riverside hotel.

In 2016 Thompsons were appointed by Carillion Plc to conduct full site asbestos removal and demolition of all above ground structures, breaking up and recycling of roadways, slabs, pile caps and selected retaining walls, remediation of known hydrocarbon contamination, and creation of development platform for the subsequent construction phase of mixed use residential, retail, leisure and commercial development by the site owners, at Milburngate House, Durham.

Thompsons of Prudhoe Ltd were contracted as the Contractor to undertake the following scope of works;