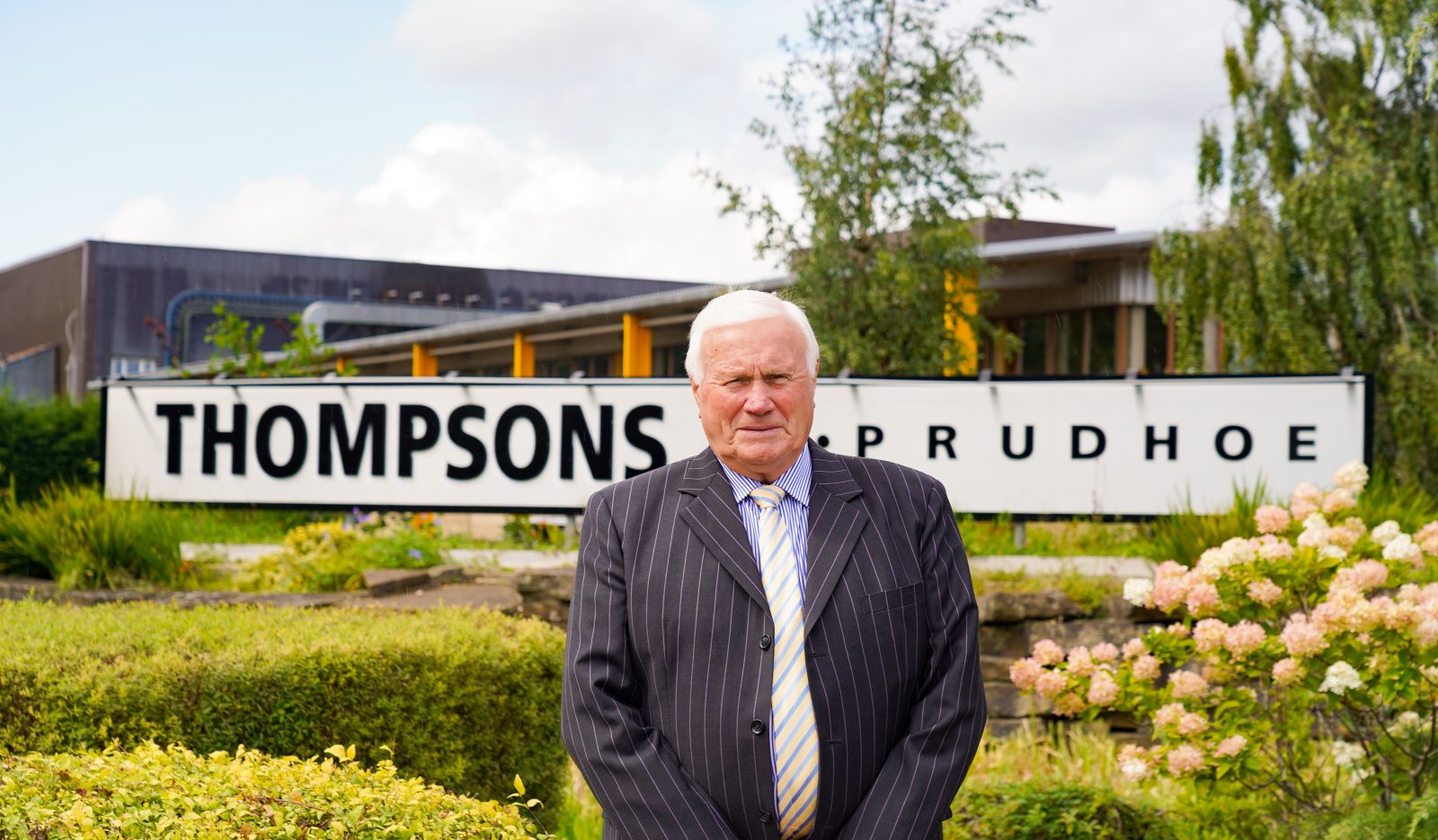 Over the Christmas break we were thrilled to learn the news that our Chairman, John Thompson Snr, has been awarded an MBE in the New Years’ Honours List for services to the economy and the Northumberland community.

John is the son of our founders, Bill and Madge Thompson, and joined the business from school. From the 1960s to the 1990s John and his brother Billy expanded the company from agricultural hauliers and suppliers to the business we have today. You can read more about our history here.

As chairman, John still plays an active role in the company, offering his huge wealth and experience to John Thompson Jnr. and Helen Hillary (the third generation of Thompsons) who run the business with three other Directors who are long-standing, non-family members of staff: Kevin Robson, Frank Hurst and Nick Shilling.