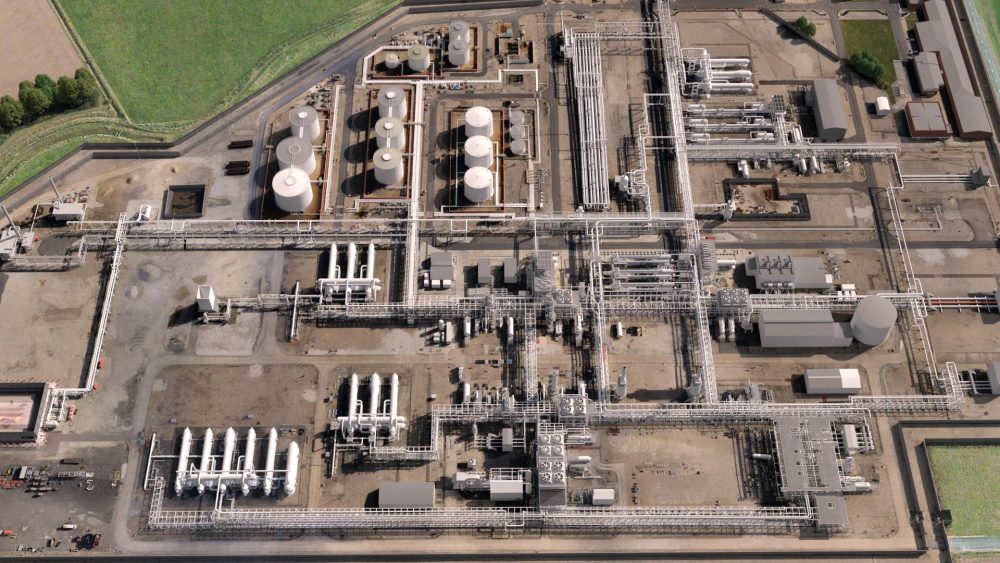 The Theddlethorpe Gas Terminal (TGT) is a mature natural gas gathering and processing facility located approximately 2.5 km NW of Mablethorpe on the mid-Lincolnshire coast. TGT was first commissioned in 1972 to receive gas from CPUKL Viking offshore gas production installation and has been subsequently expanded to include the LOGGS, Pickerill, CMS, Pickerill Compression, CMSFU, VGT and Saltfleetby facilities.

The cessation of production from the LOGGS and CMS areas, including 3rd Party operations, removed the need for any onshore processing at TGT and subsequently moved the TGT facility together with its associated pipelines into decommissioning mode.
The Project was split into eight distinct work packages with packages 7/8 out of scope at present. These are to be protected during the delivery of the other work pages.

Thompsons were appointed by Chrysaor (formerly ConocoPhillips) as the Principal Designer and Principal Contractor to carry out the full site decontamination, demolition and waste management, including the handling and on-site treatment of NORM contaminated steelworks.

During the tender phase, a 3D Animation was commissioned by Thompsons to demonstrate the methodology and sequencing of works to be undertaken. The Project is expected to take approximately 18months to deliver starting in 2020 and finishing in 2021.